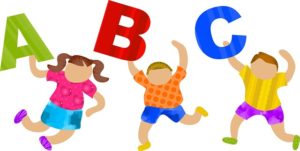 ABC Parenting .In our ABC guide, punishment (P) is calm and peaceful. Don’t get fired up about the word punishment.  I mean really, my friend, who cares what term we use?  Get over the negative associations and don’t get caught up in semantics!  Just know that (P) should decrease the problem behavior.

Your second grader will shut down when you ask him to do certain things.  For instance, he’ll stop talking, his hands go over his eyes, he ignores you, puts his head on the table, or worse.

A = You are helping John with homework.

So let’s look at his motivation.  From a distance, it looks like he’s pulling the shutting-down business to get out of doing something he doesn’t want to do.  But if you look closer, there could be more to it.

At first glance, both of these scenarios look like a clear attempt to get out of the task.  But in Scenario #1, he could also be tuning out as a coping mechanism.  If he’s having difficulty with the work, doesn’t understand the question, or has no clue how to do it, he will shut down.  And you have to look close.  They may not understand things that you totally assume they know.  Just because they should understand doesn’t mean they do.

Whether in school or at home, decreased comprehension or an inability to process information can come out in behavior.  Kids may act silly and give you the wrong answer with a cutesy smirk, making you think they’re just playing around.  Or they may keep changing the subject to something irrelevant, trying to push your buttons.  When you get fed up, you may yell but will eventually give up.  Bingo!  They achieve their goal –  they get out of the task. Sometimes that means getting a ten minute scolding session from you, but hey, they’ll take it.

If comprehension of the homework is an issue, you’ve got a problem.  When everyone assumes the kid should know how to do the work, then HE thinks he should know, too.  In reality, he doesn’t have a clue – he just feels or thinks he’s stupid.  And who wants to bring attention to that?  It’s easier to make everyone mad, especially if he has no training or good examples on how to communicate effectively. He may have no inkling that simply telling someone, “I don’t understand this problem,” will work just fine.

The WHY behind behavior:

Looking at the ‘why‘ behind behavior gives you a clear indication of how to proceed with your punishment and stop reinforcing the unwanted behavior.  Yelling, scolding and arguing will always reinforce the negative behavior.  It simply doesn’t work.  So take a moment to think about why the child is acting out.

When you figure out the ‘WHY’ you take a huge step toward eliminating the behavior.

How to USE the ABC method:

Start reinforcing what you WANT to see.

Tell and show your child exactly what you want to see and how you want them to act. Otherwise, they won’t know!

Avoid fuzzy words like “stop that” or “be good.”  Spell out what you want, keep it positive, and be specific!

Always analyze why a child is acting out. Look at motivation.